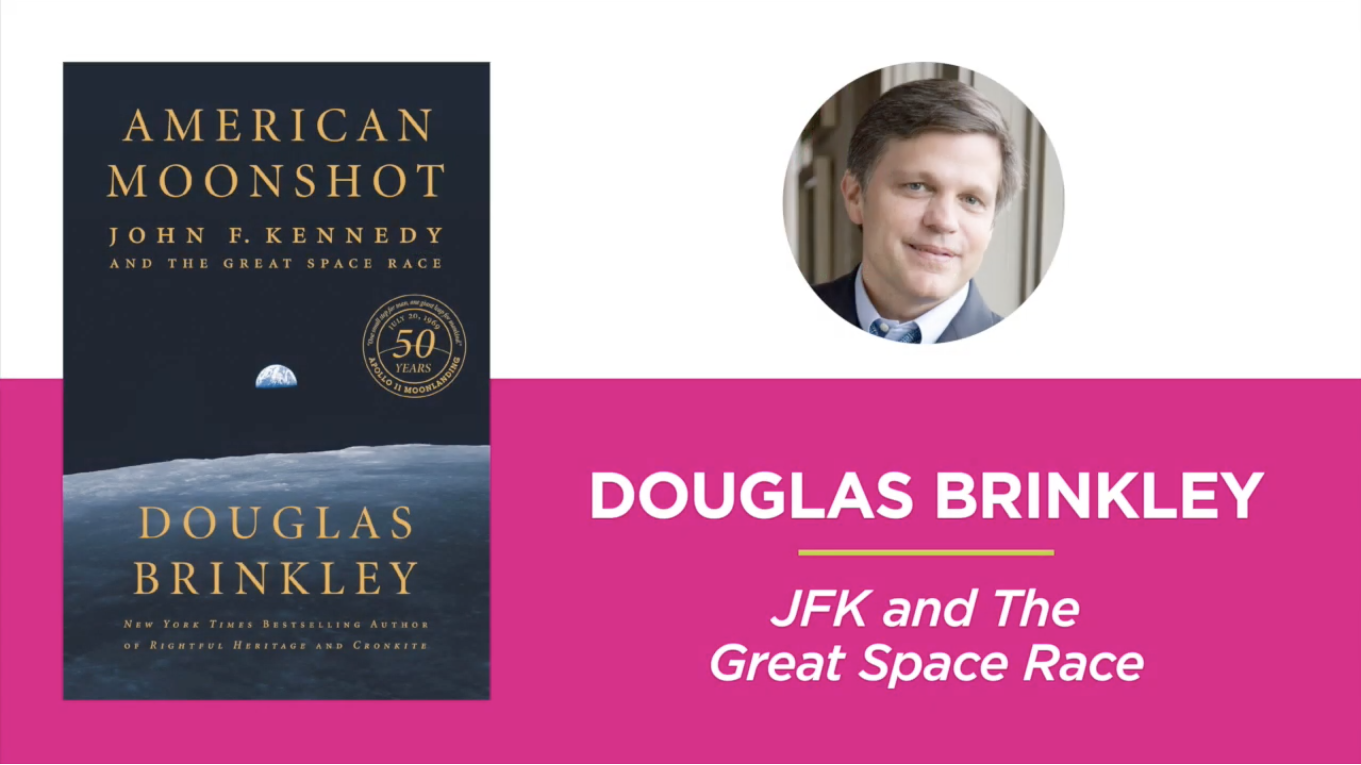 Douglas Brinkley speaking at the 2019 Rancho Mirage Writers Festival on his new book American Moonshot: John F. Kennedy and the Great Space Race, that revisits this important chapter in America’s history. In 1961, President John F. Kennedy began a dramatic expansion of the U.S. space program and committed the nation to the ambitious goal of landing a man on the moon by the end of the decade.

Douglas Brinkley has thousands of news appearances over many decades
January 1, 2017
Go to Top